A man has been hailed hero for saving a pensioner’s life with the aid of a packet of hot cross buns. Fireman John Bird sprang into action to save an elderly shopper who suffered a suspected heart attack. Jack Edwards, aged 89, collapsed in the Aldi supermarket car park in Radford near Coventry on Monday morning. The grandad, of Stretton-on-Dunsmore, had stopped breathing and there was no trace of a pulse when he lay unconscious on the ground. 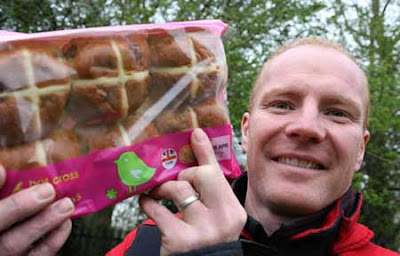 John, a 37-year-old Earlsdon dad-of-three, had just finished his family shop at the Radford Road store when he saw the pensioner keel over. He abandoned his trolley load of shopping to help the victim and feared the worst when Jack’s skin turned blue. Armed with a six-pack of hot cross buns, which had fallen out of the casualty’s shopping bag, John used the Easter treats to keep Jack’s airway open before starting CPR.

A female shopper called an ambulance while John carried out chest compressions for about 10 minutes until Jack was rushed by ambulance to Coventry’s University Hospital in Walsgrave. Another male shopper gave Jack the kiss of life. John feared Jack would not pull through. He said: “CPR isn’t always successful. The man had stopped breathing and there was no sign of a pulse. He had turned very blue but after the CPR when he was put in the ambulance, I could see his chest moving, he was able to breathe by himself.” John visited Jack in hospital on Thursday and was relieved to find he had made a rapid recovery although he remains under observation. 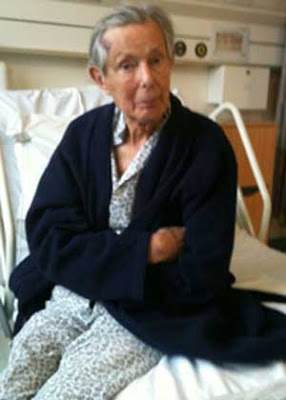 “I was so pleased to see him sat up in the hospital bed with his son,” said John, who has now been dubbed “the hot cross bun man” by Binley fire station colleagues. “He’d had the pack of hot cross buns I’d used beside him – and there was only one left. His son laughed when I told him how I’d used them to save him. I’ll never look at hot cross buns the same way again.” John’s wife Charmaine, 48, said: “John came home straight away to tell me and I thought his use of the hot cross buns was unusual. I’m so proud of him. He’s so modest. He’s a hero.”
Posted by arbroath at 6:00 am
Email ThisBlogThis!Share to TwitterShare to Facebook

I'm still unclear on the concept -- how do you use hot cross buns to keep someone's airway open?

Me too! What did he do with the hot cross buns?

Oh, wait, I clicked on the link Kevin so thoughtfully provided.

He used the package as a cushion to keep the man's head elevated.

For cryin' out loud. That's it? Sheesh! That was my first thought, but it seemed to me that it would actually block the air flow even more. One of the first things you do in CPR is to actually tilt the person's head back.

Sandy, where did you get that from? I clicked on the link and it didn't give any more information than what Arbroath put on this site.

According to this link ...