A 38-year-old man who said a woman was "jigging" at him was arrested after accusations of tossing coffee on her. The incident began brewing the morning of April 17 as a woman told Fort Pierce police Albert Wesley had thrown java on her, a recently released arrest affidavit states.

"She kept jigging (bothering) at me so I threw coffee at her," Wesley is quoted as saying. The affidavit didn't specify what the jigging was about. Police noticed coffee stains on the woman's shirt, and took Wesley to jail on a battery charge. 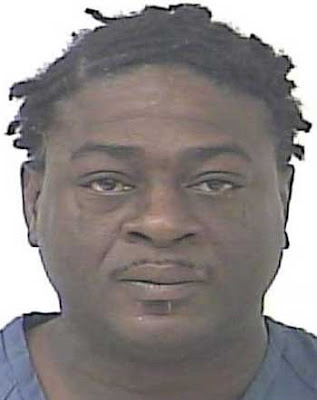 The jigging to which Wesley referred is not to be confused with a practice of the same name in which anglers use jigs, or specially designed lures, to catch fish. A variation of jig is featured in the name of the hit Will Smith song, "Gettin' Jiggy Wit It," from the 1997 "Big Willie Style" album.

Jigging is also not to be mistaken for gigging, the practice of hunting fish or frogs with a multi-pronged spear. Other definitions for jig include an irregular, lively dance typically in triple meter, and a device to separate coal or ore from waste material.
Posted by arbroath at 6:02 am
Email ThisBlogThis!Share to TwitterShare to Facebook