An Australian man who stuffed chicken down his pants and threatened to shoot a check-out assistant at a Tasmanian supermarket has pleaded guilty to robbery. Christopher Sullivan, 50, then rolled his car at the Country Club roundabout as he was fleeing the Woolworths supermarket in Prospect.

"It was the items that he concealed in his pants that interfered with his control of the vehicle," defence lawyer Evan Hughes said. "He was attempting to re-adjust the schnitzel when the accident occurred." Sullivan pleaded guilty to the robbery at the Supreme Court in Launceston. Sullivan entered the supermarket about 10pm on March 3, 2010. 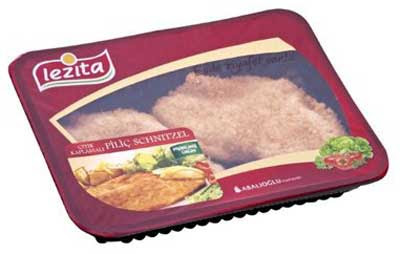 Prosecutor John Ransom said Sullivan put the chicken down his trousers, selected two cans of pet food and went to the checkout. Sullivan put his hand in his pocket said to the female check-out attendent: "Now give me all the money, I have a gun in my pocket." He also said there was another person in the store who would shoot the woman if she "tried" anything, and told her to wait three minutes after he left.

Sullivan was arrested after the crash and had a blood alcohol reading of 0.14. He failed to appear in the Supreme Court in August that year and was extradited to Tasmania after being arrested in Victoria on March 28. Justice Peter Evans jailed him for nine months and disqualified him from driving for nine months after that.
Posted by arbroath at 6:04 am
Email ThisBlogThis!Share to TwitterShare to Facebook

Good old Tassie...he would get twenty odd years for that in America.