A Spanish doctor has been ordered to pay for the upkeep of a child after an abortion sought by the mother failed and she gave birth. A judge on the island of Majorca ordered the unnamed gynaecologist to pay the mother 150,000 euros (£120,000) in "moral damages" for his negligence and a monthly maintenance of 978 euros (£780) until the child reaches its 26th birthday.

The court in Palma heard how the woman had sought to terminate an unwanted pregnancy at a clinic in April 2010 when she was eight weeks pregnant but, unbeknown to her at the time, the procedure failed. She returned to the clinic three months later seeking another abortion because she believed that she had fallen pregnant again. But an ultrasound revealed she was five months pregnant and she was refused a termination because it was over the legal time limit of 14 weeks. 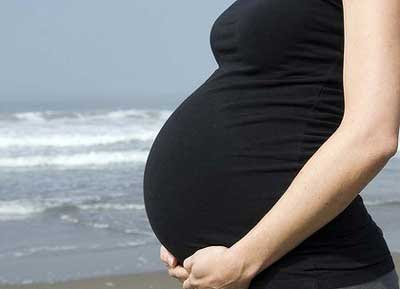 She was offered a refund of the £320 she paid for the initial procedure and referred to a clinic in Barcelona, which, it was suggested, might have performed a late-term abortion, but doctors there also refused. She later gave birth to a healthy son, who is now 18 months old. Judge Jose Perez Martinez, in a written ruling ordered the gynaecologist and the private clinic he worked at to pay compensation to the woman. The woman, whose identity has been kept secret, spoke through her lawyer of her happiness at the sentence and how she had no regrets about having the child.

"I'm fine now and have accepted things, I haven't any other choice," she said. "When the day comes for me to explain to my son what happened I will tell him hoping he understands. I didn't want him when I went to have an abortion but that's not the case now." Her lawyer Eva Munar, admitting the sentence was a legal first in Spain, added: "It's a fair sentence for what is medical negligence." The doctor will launch an appeal to have the sentence overturned.
Posted by arbroath at 6:05 am
Email ThisBlogThis!Share to TwitterShare to Facebook

What a hypocrite bitch!

If she wants the kid now, then she should be thankful that the doctor made that mistake.

That compensation is very excessive. I thought these things happened only in America.

Til the kid is 26? That seems an excessively long time. 18 is the age of majority in Spain....