A Port Charlotte man was arrested on Tuesday evening on several charges, after he reportedly continued to call 911 despite being told by Charlotte County sheriff's deputies to stop. Deputies were called to the Emerald City in Murdock shortly after 9 p.m. after the owner told Everett Robert Lages, 47, to leave.

Lages had attempted to take a kitten into the club. Instead of leaving, Lages sat down outside the business and called 911. When the deputies spoke with Lages, they noted that he appeared intoxicated. They told him he needed to leave the premises and assisted in calling a taxi for him. However, when the taxi arrived, Lages would not cooperate with the driver. 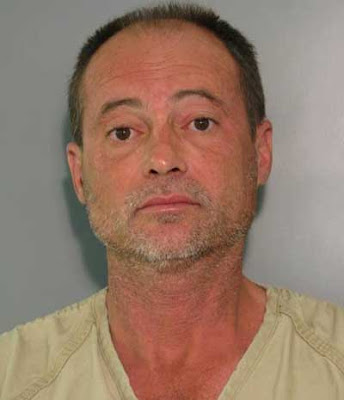 Instead, he began yelling and causing a disturbance. He insisted that the club owner had committed a crime and continued to call 911 on his cell phone, even though the deputies were on the scene. Deputies told Lages to stop calling 911, as continued calling of 911 was a crime. Lages refused to hang up the phone and refused to exit the taxi.

Lages was placed under arrest and had to be forcibly restrained. He was booked into the Charlotte County jail on charges of misuse of the 911 system, disorderly intoxication, trespassing after warning and resisting arrest without violence. He is being held on $4,000 bond. There is no word about the kitten.
Posted by arbroath at 6:08 am
Email ThisBlogThis!Share to TwitterShare to Facebook

*waiting for someone to make a 'pussy' joke...*