A Kentucky jail inmate has been criminally charged for swallowing a prescription bottle and later regurgitating it to take some of the pills.

A Letcher County grand jury indicted 42-year-old Joni Rachelle Miracle on a charge of complicity to promote contraband in the jail. Her cellmates, 24-year-old Brittany Looney and 34-year-old Erica Blair, were also indicted. 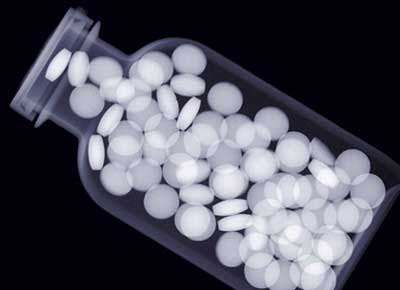 Letcher County jailer Don McCall said a jail employee overheard the women talking about drugs and what sounded like someone snorting.

Miracle had earlier taken to hospital where an initial X-ray showed the pill bottle in her stomach. In a follow-up X-Ray, the bottle was no longer visible. It is alleged that Miracle apparently regurgitated the pill bottle and consumed some of the pills.
Posted by arbroath at 6:05 am
Email ThisBlogThis!Share to TwitterShare to Facebook