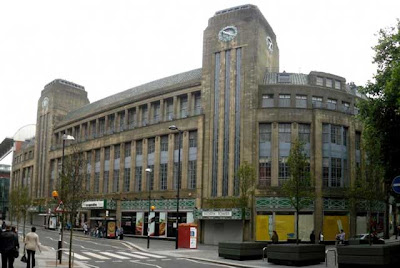 Police say they received reports of two men dismantling the clock at around 6pm on August 8, 2012.

The historic art deco building on Newgate Street has been a permanent fixture in Newcastle since the 1930s. 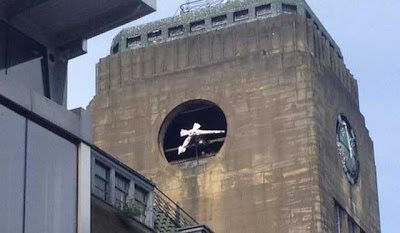 A spokesperson for The Co-operative, said: "The Grade II listed former department store is under offer to developers who plan to re-generate the site. Despite 24 hour security we are aware that vandals have accessed the site and, following these incidents, further measures to secure the site have been taken to deter and prevent intruders."

With video.
Posted by arbroath at 6:00 am
Email ThisBlogThis!Share to TwitterShare to Facebook

So the police were told that two people were in the act of dismantling the clock and there is even a video of the event but Plod couldn't be bothered to turn up as the theft was happening.
Brilliant! Makes you wonder why they get paid.