A five-foot transvestite who dresses as an old lady to fondle unsuspecting young girls has been told he can wear women's clothes in public. But sex pest Paul Reed – who has a criminal record for offences involving children – has received a stern warning from a judge not to use it as a disguise. The 50-year-old pervert had been banned under a sexual offences prevention order from sidling up to victims in the guise of an innocent elderly woman. Reed, of Clements Close, Canterbury, had been locked up for 196 days while a judge decided what sentence to pass for yet another series of breaches. That followed an undercover police operation that tracked him from Maidstone to Pembury and onto Tunbridge Wells, Canterbury Crown Court heard. 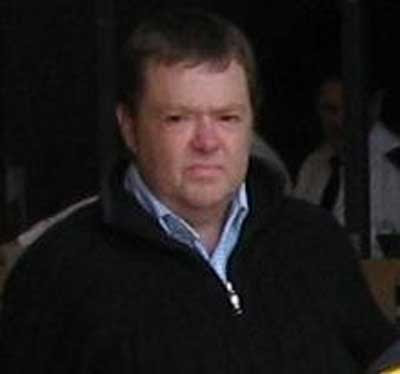 At bus stations and outside hospitals, he was photographed – dressed in a woman's coat, with his face shielded by a scarf, sprinkled with vanilla essence - targeting women victims. Police watched him touching and stroking a series of young women, who all believed he was female. Earlier, Reed was spotted at Maidstone railway station and Maidstone Hospital again posing as an old lady to talk to young girls. He was also seen stealing a woman's coat from a charity shop in Maidstone. Reed had been made the subject of a sex offences prevention order – after he was sentenced for luring a 14-year-old girl into his car while dressed "as an elderly woman".

That order prevented him from carrying or wearing women's clothes in a public place. Reed has been brought in front of courts several times between 2006 and 2009, when he was jailed for a total of three years for sexual assault and three breaches. But after hearing a plea from Reed that he wanted to continue to dress as a woman, a judge has changed the order. He claimed that he had been bullied because of his size – and felt more comfortable dressed as an old lady. Reed, who admitted theft and seven breaches of the court orders, was given a community order for two years. 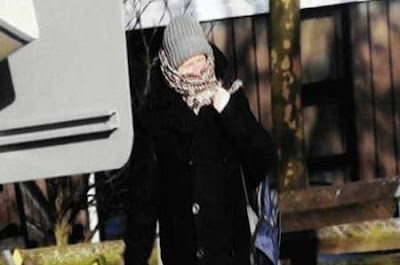 Judge Michael O'Sullivan said psychiatrists have concluded "the wearing of women's clothing is ingrained in Reed’s psyche". They concluded it was "learned behaviour in order to meet his emotional needs". The amended order now prevents Reed from covering his face in public – or approaching women "not previously associated with him" while posing as a woman. Judge O'Sullivan told him: "That means there is to be no more sidling up to women in bus queues and touching them. That must cease because you must understand how upsetting that can be. But if you wish to dress up in women’s clothing you can do that but you must not cover your face so that people will know that you are a man."
Posted by arbroath at 6:00 am
Email ThisBlogThis!Share to TwitterShare to Facebook

What are "women's clothes"? I am a man but I buy my socks from women's department because I have small feet. Does that mean I am wearing women's clothes? Or would I need to buy the pink or ruffled ones instead of the plain black ones I do for that to be the case? Or is it just the larger items, such as coats, that count? Absurd.

Insolitus You don't wear womens' socks to make others believe you are a woman or as a ruse to victimize others. This is different: What the court has in mind in this case is the wearing of women's clothes with the intent to deceive and to get close to victims. It sounds to me like the courts have been more than lenient in making allowances for this weirdo out on the streets given his history.

I was pointing at the absurdity of forbidding him from wearing "women's clothes". Who decides what piece of clothing is for women only and what isn't? Is there even such a thing? Do you think it is the place of a judge to do so? In that case it is only a matter of interpretation whether my socks are women's clothing or not.