Snackfood giant Walkers Crisps has been ordered to pay out more than £30,000 after a large block of compacted Quavers fell on a worker and broke his leg. 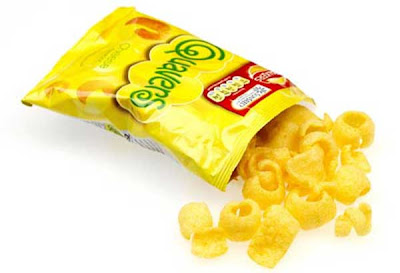 Blazej Lajdecki and a colleague were trying to move the crisp pellets from one bin to another at Walkers Snack Foods Ltd in Newark Road, Lincoln, when the accident happened.

The Quavers, once advertised with the slogan "They're floaty light", had actually got wet and solidified into a solid block which weighed about 63 stones (400kg). 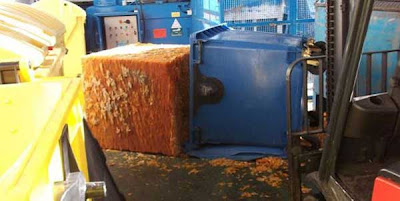 The block then became stuck as the workers tried to move it into the second bin, which tipped over and landed on Mr Lajdecki, breaking his lower left leg. He was off work for 15 weeks following the injury on December 17, 2010, but has since returned to the company. The firm, now owned by PepsiCo, was fined £20,000, plus a £15 victims' surcharge and £10,000.19 costs.
Posted by arbroath at 6:03 am
Email ThisBlogThis!Share to TwitterShare to Facebook

Well, that sure must have hurt.