Broward Sheriff's detectives are investigating the death of a 32-year-old West Palm Beach man who collapsed and died after an insect-eating contest at the Ben Siegel Reptile Store in Deerfield Beach, Florida, on Friday. 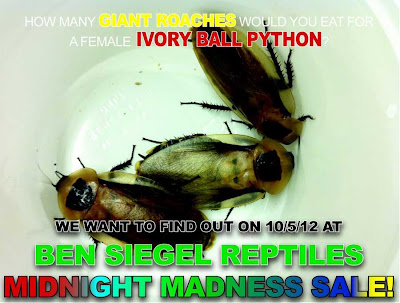 Edward Archbold was seen stuffing handfuls of roaches and worms in his mouth with about 30 other contestants vying to win the grand prize of a python. "They're all captive bred bugs. They're bred in sterile conditions," Siegel said. "They're not bugs we go catch. They're bred for exotic pet feed and they're completely safe."

Shortly after the contest was over, Archbold wasn't feeling well and began to regurgitate. He had consumed dozens of roaches and worms to win the contest and later collapsed in front of the store. Siegel called 911 and Broward Sheriff Fire Rescue took Archbold to Broward Health North Medical Center at about midnight, where he was later pronounced dead. 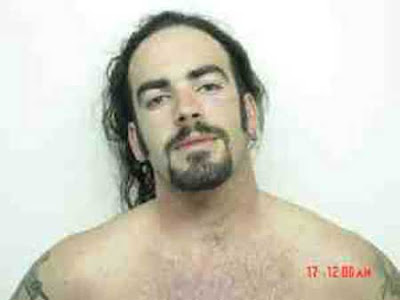 None of the other contestants showed any signs of illness after the contest. "Everybody was fine," Siegel said. "Eddie was a super nice guy. Everyone here liked him. He was out-going. He was the life of the party." Archbold's body was taken to the Broward Medical Examiner's Office for an autopsy to determine the cause of death.

With short video.
Posted by arbroath at 6:05 am
Email ThisBlogThis!Share to TwitterShare to Facebook

Most likely, he was allergic to the cockroaches and didn't know it. I found out through a skin test that I am violently allergic to cockroaches. The tech who gave me the skin test, said that it is a lot more common than people think.

I bet they taste even better coming up.

See that arrogant, punkish rake at which he affected to angle his head, most likely in a futile attempt to look intimidating? Gone now. Not so tough, apparently.