An 80-year-old retired priest in Perth, Australia, allegedly bit an ear off another elderly clergyman during a violent brawl over a parking bay in their block of units. The punch-up broke out on Friday afternoon in a Dianella complex, which houses three retired Catholic priests.

Father Thomas Henry Byrne appeared in court on Friday charged with grievous bodily harm over the incident involving his neighbour, 81-year-old Father Thomas Joseph Cameron Smith. According to police, after the brawl Father Byrne told Father Smith to pick up an item up on the ground. It was not until Father Smith returned to his unit that he realised the item he had picked up and put in his pocket was his right ear. 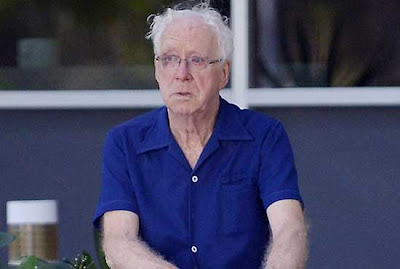 Father Smith wrapped his ear in a tea towel and drove to Dianella Medical Centre, where staff phoned for an ambulance and alerted police. He remains in Sir Charles Gairdner Hospital after surgery to save the ear. Father Byrne sported a black eye when he appeared in East Perth Magistrates Court where he did not make a plea. Police prosecutor Chris Lawler said Father Byrne did not have a police record but he had concerns for the safety of the victim if bail was approved. "They live in the same complex but they are both funded by the Catholic Church," he told the court.

Magistrate Greg Benn imposed strict bail conditions on Father Byrne, including not going within 10m of Father Smith, nor acting in a violent or threatening manner towards him or attempting to communicate with him. He was released on bail to appear at Perth Magistrates Court on December 7 to allow him to seek further legal advice. A neighbour living in the Chester Ave complex said he was "shocked" to learn about the fight. "I was shocked because we're all in our 80s and retired priests," he said. "It's very quiet, although they are always driving in and out of the complex."
Posted by arbroath at 6:10 am
Email ThisBlogThis!Share to TwitterShare to Facebook

The attacker must have dementia.

A lifetime of eating the body of the savior must leave some craving for more man flesh.