South African man arrested with nephew's genitals in his wallet

A man in South Africa has been arrested after he was found to be carrying genitals in his wallet - thought to be those of his missing nephew. A police spokesman said that after his arrest, the man took officers to a forest in Eastern Cape province where a mutilated body was found.

The teenager's head, arms and legs had been chopped off and were found not far from his torso, he said. The 42 year old is expected to be charged with murder. 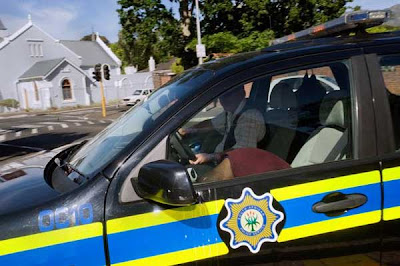 The man was questioned as he was suspected of involvement in the disappearance of his 18-year-old nephew, who had gone missing from the town of Ngcobo on Sunday. Police spokesperson Mzukisi Fatyela said the genitals were found packed inside his wallet. He said the motive for the killing and mutilation was not known but an investigation was under way.

When asked whether it could be linked to a "muti" killing, when witchdoctors use body parts in their potions, Mr Fatyela said: "We can't say that with certainty at the moment but the police are investigating all possibilities." There have been widespread reports in South Africa of the illicit sale of human body parts for such purposes. In East Africa, scores of people with albinism have been killed for their body parts in recent years.
Posted by arbroath at 6:03 am
Email ThisBlogThis!Share to TwitterShare to Facebook