A car thief was caught out when his rapping "crime rhymes" were found by police on his mobile phone. David Levesconte, 22, initially denied he was part of a gang which conspired to steal vehicles across Greater Manchester and Cheshire.

Following his arrest, the following rap was found on his phone: "Cause I'm cold like snow when I'm flaking; What's that? The sound of ur patio breaking; That's me n Levo on a break-in; Your car keys n watches we're cravin; Cartiers n S3s we're taking but facing a break-in takes balls it's a bait-ting. Haa." 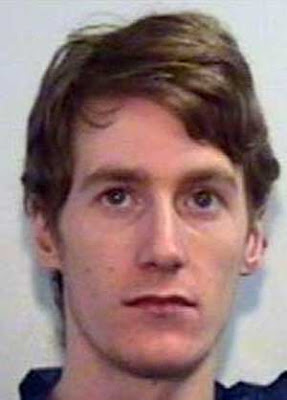 He claimed that someone else had written the rhyme but he eventually admitted to conspiracy to commit burglaries between August and December last year.

Levesconte, of Beamsley Drive, Wythenshawe, was jailed for 40 months at Manchester Minshull Street Crown Court. Some 24 cars worth more than £400,000 were stolen along with TVs, laptops, games consoles and jewellery.
Posted by arbroath at 6:01 am
Email ThisBlogThis!Share to TwitterShare to Facebook