Russian children who found lion cub took it to school

Children on their was to school in Russia found a lion cub. The animal was found in the village Seyatel in the Salskovo region of Rostov Oblasts. 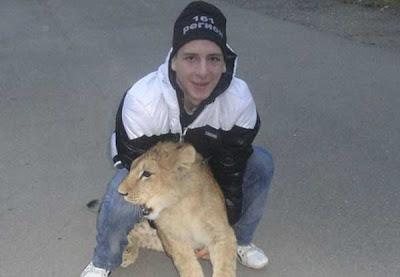 The children who found the young wild cat took their find to school number 84, where he was put in the sports hall. The director of the educational institution Angelica Chemerisova called the police and the emergency services reporting that there was a lion cub at the school. 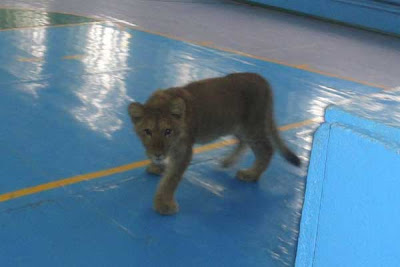 Law enforcement agencies are looking for the owner. It was possibly able to escape from the travelling zoo “Safari”, currently in Salsk. Another possibility is that the lion cub was left in the street by its owners, who realised that they could not look after a young predator.

It has not been established how long the lion had been free. When the cub was found, she appeared scared and hungry. At school number 84, the animal drank thirstily. It has now been removed from the school and placed in a local zoo.

There's an additional news video here.
Posted by arbroath at 6:06 am
Email ThisBlogThis!Share to TwitterShare to Facebook