An Aberdeen woman drove while more than five-times the drink drive limit to escape from a "creepy" internet date, a court was told.

Louise Seatter, 31, was stopped near her Glenbervie Road home in December. At Aberdeen Sheriff Court, she admitted driving with excess alcohol. 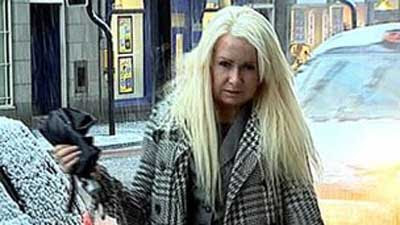 Defence lawyer Peter Keene said: "She became increasingly concerned regarding her companion and, at the end of the day, he turned out to be very creepy and she panicked about that." Mr Keene added: "She's lost her house, her job, her car and she has lost her dignity."

Fiscal depute Garry Sturrock said Seatter was very unsteady on her feet when she got out her car. Sheriff Maryssa Lewis said she could not recall having dealt with such a high breathalyser reading before. Sentence was deferred.
Posted by arbroath at 6:00 am
Email ThisBlogThis!Share to TwitterShare to Facebook

And if you believe that...