A Croydon MP was left red-faced after an attempt to criticise a Labour party press release backfired. 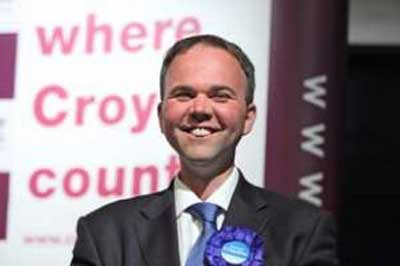 Gavin Barwell, Conservative MP for Croydon Central, poked fun at a Labour press release published on the internet which, after clicking on it, popped up with an advert to "date Arab girls". Mr Barwell then tweeted the party’s press team and the shadow schools minister, Kevin Brennan, on Friday.

He said: “I know Labour are short of cash but having an invitation to 'date Arab girls' at top of your press release?" But a member Labour’s press team replied to Mr Barwell with a link to a website for Google Adsense, which explains such adverts are tailored to the user by Google and not the website publisher. 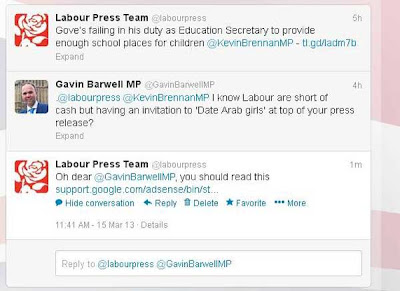 The adverts are customised, based on a history of what the person looking at the site has searched for. The Labour press team added: “Oops. Barwell got a far more interesting advert than LabourList did.” Mr Barwell was not available for comment.
Posted by arbroath at 6:00 am
Email ThisBlogThis!Share to TwitterShare to Facebook

He looks like Alfred E. Newman, though I can't tell if he has freckles or not.