A man feigned serious illness in restaurants so he could duck out of paying for years before he was caught. Jeremy Heath, 47, tricked restuarant bosses for up to five years by ordering slap up dinners and leaving without paying his bill. Heath would pretend to have a heart attack at his table after finishing his dinners. Paramedics would be called to the scene and take Heath to hospital only for him to be discharged when doctors discovered he was perfectly well. In one incident he was filmed on a pub's CCTV finishing off a pint of lager while a 999 call was made for an ambulance. After being discharged from hospital he went to another restaurant and used the same ruse to get a another free lunch.

Heath, from Preston, Lancs, uses a wheelchair due to his celebral palsy and was once told by a judge he had made a 'career' out of freeloading was starting six weeks jail after admitting fraud by false representation. He was said to have begun his fraudulent feasting spree in 2008 after a decline in his health and travelled the North of England enjoying copious amounts of food and drink at eateries in Cumbria, Lancashire and Manchester - but never paying a penny. Last November he was before the court after he turned up at the Shovels pub at Hambleton, Lancs two month earlier tucked into a three course meal with an extra pudding washed down with six pints of lager - only to confess he could not pay the £41.60 bill. 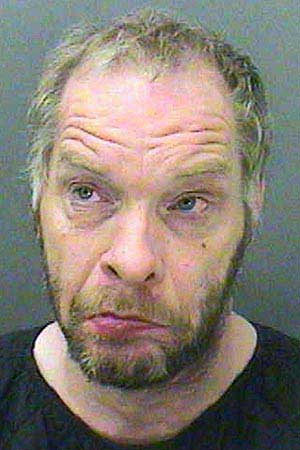 The following month Heath turned up at the Air Balloon pub in Blackpool, drank four pints of strong lager costing £21 and tried to place a food order - only to be recognised by a waiter who refused to serve him. Later Heath travelled to Cockermouth in Cumbria, dodged out of paying a £12 taxi fare then ordered lager at a local pub before refusing to pay. He was jailed for six days but in December was back before a district judge when he ate sausages and mash plus sticky toffee pudding washed down by five pints of lager at the North Euston Hotel, Fleetwood - only to confess he could not pay the £23 bill. He was freed and told to get counselling but carried out his latest string of offences - wined and dining in a string of other restaurants.

In Pippins cafe in Carlisle he had a packet of Walkers crisps and a full English breakfast before downing six pints of Stella - before falsely telling staff his "carer" would pay the £22.65 bill. He appeared in court the next day in the city over the fraud, and was even given a train ticket home, but instead he made his way to The Thin White Duke restaurant where he had a meal then told staff he had chest pains. He was taken to hospital where he was discharged after telling doctors it was a false alarm, then enjoyed a cheese souffle and four pints of San Miguel at the Hallmark Hotel, Carlisle. He once again faked a heart attack when the £19.65 bill arrived. At an earlier hearing, Heath's lawyer Daniel Harman said: "My client's real problem is alcohol - the food is something of a side event. One of the remarkable things is that he did not start offending Until he reached the age of 42 which coincided with a deterioration of his health."
Posted by arbroath at 6:00 am
Email ThisBlogThis!Share to TwitterShare to Facebook