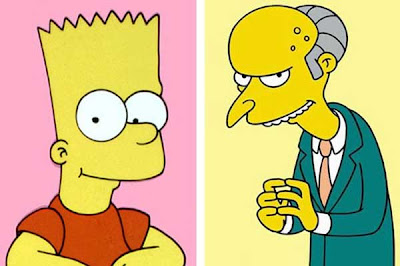 A court worker said: “It’s a bizarre coincidence that Bart Simpson is actually on trial in front of Mr Burns but it’ll proceed as any other criminal case would. There were some eyebrows raised when the court list was published.”
Posted by arbroath at 6:00 am
Email ThisBlogThis!Share to TwitterShare to Facebook