A woman from Palmerston in Australia's Northern Territory has lashed out at the strangers who keep shaving her pussy. Cat owner Yvonne Birch has had her feline friend Cleo return home shaved for the second time in months - and she is not happy about it. 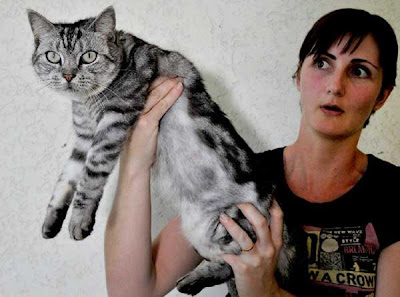 "I wish whoever did it would own up and tell me the problem they have," Ms Birch said. "Or just stop shaving my f***ing cat." The Gunn resident said she was feeding Cleo on Thursday when she noticed her fur had been left all short and spiky. "She looked different, her hair had been clipped again," she said.

"This is just f***ing ridiculous, get rid of cats in your back yard in the humane way, don't go shaving cats." Ms Birch said she would do what she could to stop Cleo roaming around at night but the adventurous pet loved to jump the fence. "She doesn't roam far, it's only within a five-house radius, we're all pretty good neighbours," she said. 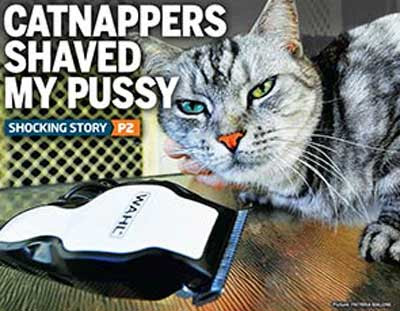 "I've got her a collar, so people know she is a pet and not some feral cat. I'm looking to put a GPS on her to find out where she goes." The 25-year-old said she was "pissed off" and wanted to find the perpetrator. Ms Birch said she would have to keep Cleo inside. "I don't know why someone would do this, I don't understand their mentality, it's a stupid act," she said.

Previously.
Posted by arbroath at 6:05 am
Email ThisBlogThis!Share to TwitterShare to Facebook