A woman dressed as the Incredible Hulk is being sought in connection with a violent assault in York.

She is wanted after a 17-year-old York girl was left with bruising to her face and a black eye in an attack outside McDonald's in Blake Street. 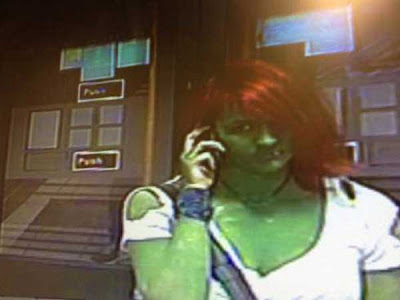 Police said that at the time of the incident - just after 3am on Friday, April 26 - the woman suspected of the assault was covered in green body paint with dyed red hair and wearing a torn T-shirt, but is believed to be a white woman, in her late teens or early twenties and around 5ft 8in tall with a medium build.

PC Cheryl Hunter, of York Safer Neighbourhood Team, said: “This appears to have been a wholly unprovoked assault. Thankfully the injuries were not too severe. However, the outcome could have been far more serious.” Anyone who can help the police with their inquiries is asked to contact York CID.
Posted by arbroath at 6:00 am
Email ThisBlogThis!Share to TwitterShare to Facebook