Members of a North Devon WI were left embarrassed after a number of them had dressed up as pirates for a talk by a former sea captain who has been held hostage by Somali pirates for several weeks. Members of Parkham WI had thought they were being given a talk about piracy at their meeting on April 11 but they soon realised their mistake when Captain Colin Darch arrived to give them a talk about his time being captured by pirates in 2008. 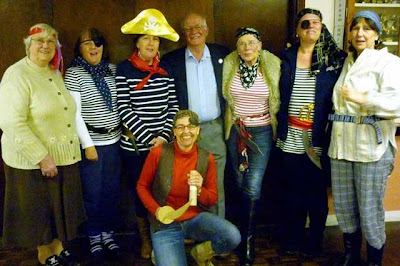 A report given on the meeting reads: "The speaker at the April meeting was Captain Colin Darch, who talked about piracy, embarrassingly the WI all dressed as pirates for the evening not realising that Captain Darch was going to be talking about his experience of being held hostage by Somalia Pirates rather than piracy in general. However once this had been gotten over everyone sat down to listen to Captain Darch's story and what a story it was." 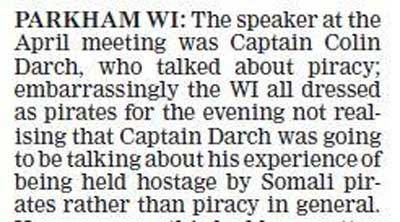 Captain Darch said he found the whole thing amusing and more like a scene from the Pirates of Penzance than anything like he had experienced while he being held hostage. He said: “Of course I didn’t take offence or mind. It was more like the Pirates of Penzance. They were lovely ladies. They made me judge who was the best dressed which was a difficult choice. In the end I decided to choose the one with who had a fluffy parrot on her shoulder. Of course there weren’t any parrots near the real pirates.” 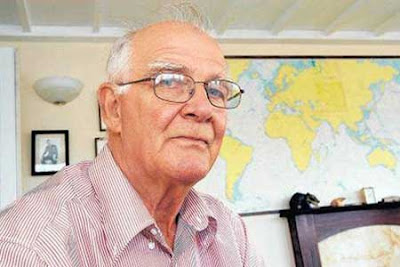 Stephanie George, the treasurer for the WI group, had suggested the group dress up for the talk on pirates. The 54-year-old, who has been a member of the group for two years, said: “I suggested we dress up as I suspected it was a general talk about piracy or something to do with the Appledore Pirates, the fundraising group. I work in Walter Henry’s Bookshop in Bideford and on the morning of the day the meeting when I noticed Colin Darch’s book on the side and put two and two together. I thought “Oh God, how awful! By then it was too late, just thought we would have to go with it. It was lucky Colin was such a good sport. I don’t know who was scarier for Captain Darch - us dressed up as pirates or the real Somali pirates.”