A Spanish town has come up with an ingenious way to keep its streets clean of dog mess – by sending the offending deposits back to the owners in an official box marked 'Lost Property'. 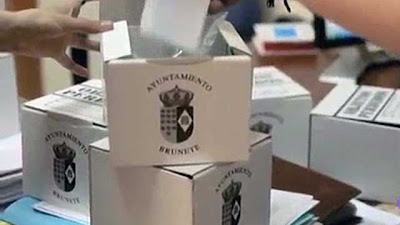 The council of Brunete, a small town some 20 miles west of Madrid, launched the campaign to crack down on irresponsible dog owners. During the course of a week a team of twenty volunteers patrolled the town's streets on the lookout for dog owners who failed to scoop. They then approached the guilty owner and struck up a casual conversation to discover the name of the dog.

"With the name of the dog and the breed it was possible to identify the owner from the registered pet database held in the town hall," explained a spokesman from the council. The volunteers then scooped up the excrement and packaged it in a box branded with town hall insignia and marked 'Lost Property' and delivered by courier to the pet owners home.

The campaign, developed for free by advertising agency McCann, won the "Sol de Plata" award at last weekend's Ibero-American Advertising Festival. In all, 147 "express poop" deliveries were made during the course of the week in February and the town with 10,000 residents has since reported a 70 per cent drop in the amount of dog mess found in its streets.
Posted by arbroath at 6:03 am
Email ThisBlogThis!Share to TwitterShare to Facebook

We need to implement this in my city immediately!

Whilst I completely agree, I feel pretty sorry for the post office/courier.

It's a funny idea and it gets attention. I have a friend who collects the crap he sees his neighbours cats depositing in his garden and leaves it on her doorstep with a note reading "I believe this is yours."

However while this method might get attention it doesn't do much to punish the dog owners. Fines are the only way to do that.

BTW we have very little problem with dog crap round here, cat crap OTOH is a major issue. For some reason however dog owners are fined when caught, cat owners get away scott free.

Can somebody launch this idea here in the UK for CAT Poo!!!

Thats a pretty good way of doing it. Fines are one way but some people will tend to react negatively to that as they are being penalised, whereas this isn't penalising you, so people may well react more positively to it.

Pity we don't have a registration of pet ownership in the UK, and if we did, it goes without saying that those who flouted the rule, would most likely not have their pet registered either.