An irate Tennessee man allegedly tried to stab himself with a wooden spoon on Wednesday during an argument, while demanding that his wife watch the incident.

Police were called to the home on Battleground Drive just before 2:30pm in reference to an armed man threatening suicide, only to discover that he was trying to use a broken spoon to do it. 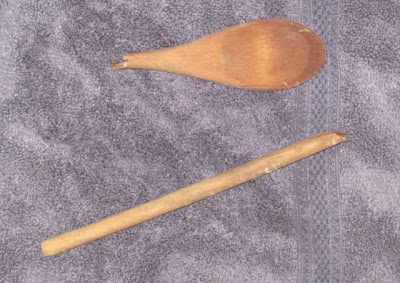 “On my arrival, I made contact with the complainant, (the man’s wife), who advised that she had an argument with her husband,” Officer Albert Miles said in a Murfreesboro Police Department incident report. “During that time, (the man) stated that he want to harm himself and wanted her to watch,” Miles said.

“(The woman) advised that he then broke a wooden spoon and began attempting to stab himself on the arm.” After police determined that no charges would be filed as a result of the incident, the man was transported to Middle Tennessee Medical Center for a mental and health evaluation. He has since been released from the hospital.
Posted by arbroath at 6:03 am
Email ThisBlogThis!Share to TwitterShare to Facebook