Experts investigating a rise in seagull attacks claim the birds are lashing out because they are getting drunk on record numbers of flying ants. Scientists say the gulls' behaviour is getting worse because the hot temperatures have seen a massive boom in the insects, which they are feeding on. 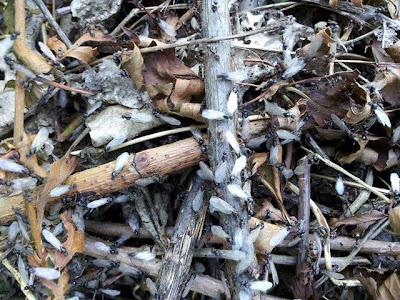 The ants then turn to formic acid in their stomachs and act like alcohol - causing the gulls to lose inhibitions around humans and brazenly steal food. They are left so tipsy the gulls have been seen flying straight into buildings and into the paths of moving cars. Dead sea birds have been reported in a number of places, including Paignton, Plymouth, Teignmouth and Ilfracombe.

Dr Rebecca Nesbit, an entomologist with the Society of Biology, said the problem is worse this summer because the hot weather is bringing out record numbers of flying ants. She added: "That isn't so good for the birds - it leaves them a bit drunk." RSPB spokesman Tony Whitehead added: "Gulls love flying ants and as they come out of the ground the birds will feast on them early in the morning and late in the evening." 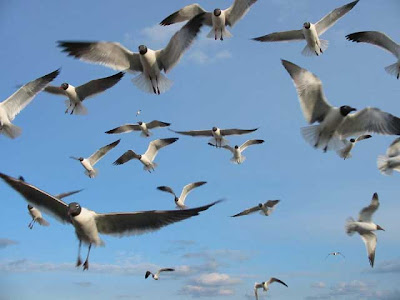 Residents in Ilfracombe, Devon, recently reported being swooped on by the animals and assumed they were protecting their nests. But they sensed something was wrong when the birds started flying into buildings and into the paths of cars. Motorist Viv Gregory has seen dozens of dead birds this week on the road into Ilfracombe. She said: "As I started driving up the hill, the seagulls were all over the place, pecking in the road. I've never seen it before. They're in the road and they just don't want to move."
Posted by arbroath at 6:02 am
Email ThisBlogThis!Share to TwitterShare to Facebook