Neighbours of a family in western Sweden called the police after hearing banging and screaming inside a nearby apartment, but were surprised to learn that a baby and a set of Ikea instructions were the cause of the commotion.

The family in Strömstad, near the Norwegian border on Sweden's west coast, was trying to assemble an item from Ikea at around 1am on Friday. 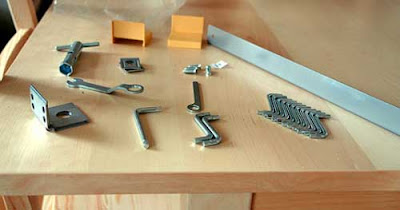 The noise from the assembly was enough to wake their child, who soon took to screaming. The cacophony distressed the neighbours, who promptly called the police and reported that they heard screaming and banging coming from the home.

When officers arrived on the scene, they found the couple assembling a piece of Ikea furniture, and that the crying did indeed come from an infant child.
Posted by arbroath at 6:05 am
Email ThisBlogThis!Share to TwitterShare to Facebook