A doctor having "marital difficulties" forged prescriptions for Viagra because he was too embarrassed to see his GP. Dr Mansoor Kassim, 37,  faked £340.67 worth of prescriptions, magistrates heard. A court heard Kassim made up bogus names of doctors and patients who needed a pick-me-up from the anti-impotence pills. He then took the fake prescriptions for sildenafil - better known as Viagra - to a chemist to collect the tablets himself. Staff were suspicious because Kassim worked in a trauma and orthopaedic unit - where patients would not normally need drugs for impotence.

Health chiefs brought in handwriting experts who discovered the stolen prescription forms had been filled in by Kassim. Kassim started forging prescriptions on the second day of his employment at Ystrad Fawr Hospital at Caerphilly. Prosecutor Rob Simkins said: "The NHS counter-fraud team found theft, forging and fraud. It involves a considerable breach of trust by Kassim who was employed by the NHS as a senior doctor. He stole prescription forms from the trauma and orthopaedic units. These were forged in the names of ghost patients who did not exist. The names of the doctors on the forms were equally fictitious. They were then presented to obtain the Viagra. 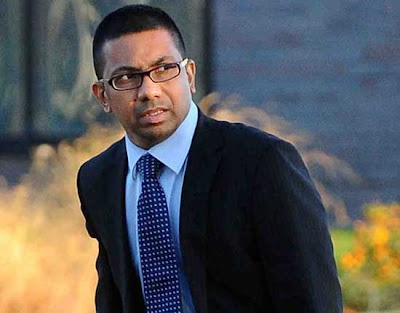 "But suspicions were raised because Viagra would not normally be prescribed by trauma and orthopaedic units." Investigators rumbled Kassim by recognising his writing on the scripts. Some of the prescriptions were discovered during a search of his Range Rover. Newport magistrates court heard he was a senior doctor who was about to become a consultant when he illegally obtained Viagra. But father-of-two Kassim is now facing a hearing in front of the General Medical Council - and could be struck off. Lee Gledhill, defending, said: "He is ashamed and embarrassed. Ordinarily he is a professional with high standards.

"It was a significant error of judgement in prescribing this anti-impotence drug. He comes from a traditional Indian community and his background is really quite prudish. He feels a great deal of shame now this problems have been revealed publicly." The court heard Kassim has been having counselling over his "cultural heritage" and now has a legitimate Viagra prescription. Kassim, of Ilford, Essex, admitted four charges of making a false prescription for a scheduled drug, two of theft by an employee and one of fraud by false representation. He was given an eight-month prison sentence suspended for a year. He was also ordered to pay compensation of £347 for the Viagra and £2,561 for the cost of the NHS investigation.
Posted by arbroath at 6:00 am
Email ThisBlogThis!Share to TwitterShare to Facebook