Mohammed Khurshid Hussain, who already holds the Guinness world record for typing the English language alphabet in the quickest time on a keyboard using his fingers, attempted to break the record for typing a sentence in the shortest time with his nose, in Hyderabad, India on Thursday. 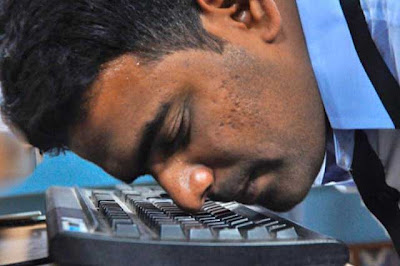 It was Mr Hussain’s second attempt to break the world record for typing the sentence ‘Guinness world records have challenged me to type this sentence using my nose in the fastest time.’, with his nose. 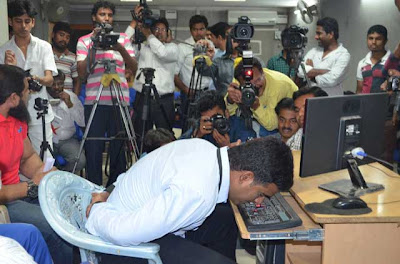 The record had been held by another Indian man, Neeta, who achieved the feat in one minute and 33 seconds in Dubai on November 16, 2008. Mr Hussain’s clock stopped at 48.62 seconds when he finished typing the sentence with his nose, smashing the previous world record.

“If you want to set a record, every millisecond counts. This time I typed with one eye closed, as it is difficult otherwise to locate the keys. This is my second attempt to break the record. Earlier last month, I typed the sentence with my nose in 53.44 seconds, (video), for which I am yet to receive the certificate,” he said. Mr Hussain, 22, currently holds the world record for typing A to Z on a keyboard in 3.43 seconds, which was achieved on February 2, 2012.
Posted by arbroath at 6:02 am
Email ThisBlogThis!Share to TwitterShare to Facebook

"Very useful article, I have a few friends who own businesses so will share with them
Netrockdeals is one of the top Websites in India that provides shopping offers and Discount Coupons. Koovs Coupon
Dominos Coupon
Myntra Coupons
Agoda Coupon Code
Mamaearth Coupon CodeWe provide the latest cashback offers deals available on all online stores in India. We provide thousands of deals to over one hundred retail merchants to furnish the best online shopping experience each day. Our team maximizes our efforts to provide the best available offers for our users. We are continually working on our website to provide the best satisfaction to our users."