Miracle as dead man woke up inside body bag

A man that was declared dead woke up inside of a body bag. The coroner in Lexington, Mississippi says he checked the pulse and heartbeat of 78-year-old Walter Williams, and got no response. So Walters was put in a body bag, and taken to a funeral home where workers prepared to embalm him. 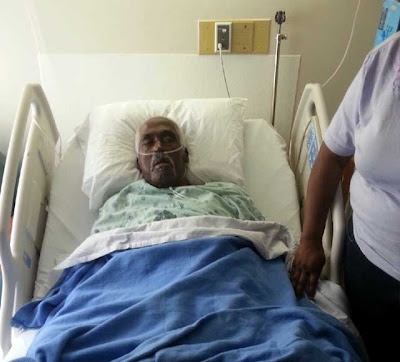 Two hours later, funeral home employees say he started to move. Williams was rushed to hospital and is now doing fine. "I asked the coroner what happened, and the only thing he could say is that it's a miracle," Holmes County Sheriff Willie March said. The coroner said he checked Williams' pulse at about 9pm on Wednesday and pronounced him dead at his home in Lexington.

After the coroner helped move Williams to Porter and Sons Funeral Home, workers were getting ready to embalm him when he started to move. Byron Porter said it's the first time he's ever seen anything like it. Williams' was inside the zipped-up body bag and kicking to get out. Paramedics rushed Williams to a hospital, where family members say that he's happy to be alive.
Posted by arbroath at 6:06 am
Email ThisBlogThis!Share to TwitterShare to Facebook