Police officers and SWAT members were in a nearly four-hour stand-off in the Tremont neighbourhood of Cleveland, Ohio, that started just before 1am on Monday morning. 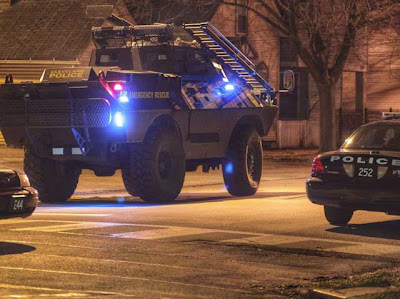 The whole thing started, police say, when the barricaded man punched his roommate's dog in the eye then pulled a knife on the roommate.

Both the roommate and dog were able to get out of the house. The dog has a swollen eye but otherwise appears to be okay. The roommate was uninjured in the altercation. 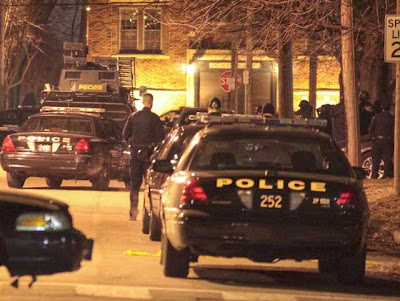 Just after 4am SWAT officers approached the house and took the man into custody without incident. The man appeared very distraught and angry as he was led from the home to a police cruiser. The man will be charged with felonious assault and aggravated menacing.
Posted by arbroath at 6:05 am
Email ThisBlogThis!Share to TwitterShare to Facebook