Sharon Bente heard a noise in her backyard in Bradenton, Florida, at about 4am on Thursday when she found an eight-foot alligator taking a dip in her pool. 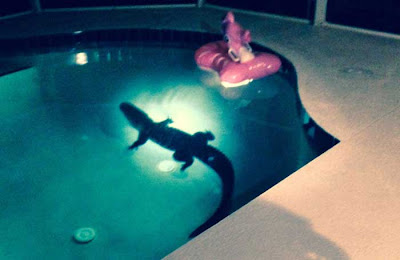 "I saw something that is not usually in the pool along with the little floaty, and it turned out to be an alligator," she said. The gator had ripped through a screen of the enclosed patio, said Bente's husband, John. 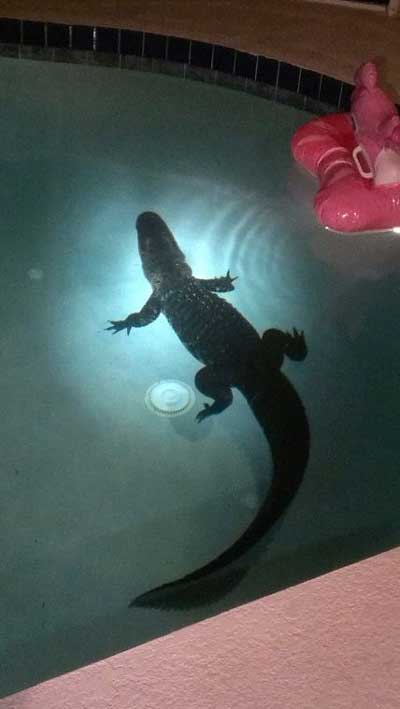 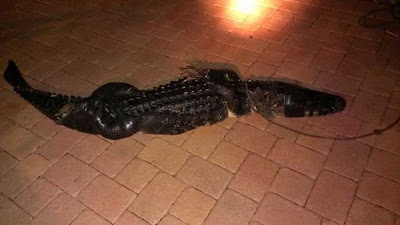 "He was just swimming around in circles," he said. "He tried to get up here for awhile, [but] I think he was a little intimidated with everybody watching, too." A trapper later came and removed the reptile after the couple called the Sheriff's Office.

"It was quite an evening," said John. "I'm sure there's other alligators. I'm sure I'm going to be sleeping with my - with at least one eye open for a while." The couple has since repaired the screen surrounding the pool, while the gator was taken to a farm in Arcadia.
Posted by arbroath at 6:03 am
Email ThisBlogThis!Share to TwitterShare to Facebook