Police in Germany have apologised to a one-armed man after fining him for only having one hand brake on his bicycle. Bogdan Ionescu from Cologne modified his bicycle so that he could drive it safely using his one hand. But he was stopped at the end of March by a policeman who told him the bike was illegal according to German road safety laws. 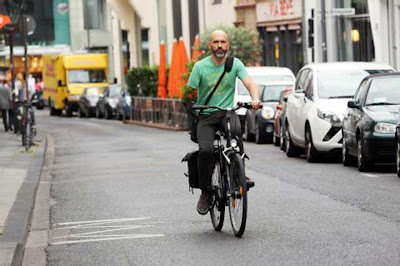 The bicyle had no right-hand brake and so was not roadworthy, the officer told him, and handed him a €25 fine. It turned out Ionescu's modifications were fully legal. A spokesman for Cologne Police said they had now apologised to Ioenscu for their mistake. The city's police chief Wolfgang Albers is also set to apologise personally to him.

Ionescu, who works in a theatre box office in Cologne, is said to be relieved that the fine has been dropped. "It's great news, I'm really happy," he said, adding that the incident had been weighing on him over the past weeks. He felt frustrated and believed he had been discriminated against. "It's good that this is how it ends, it's unbelievably good," he said. 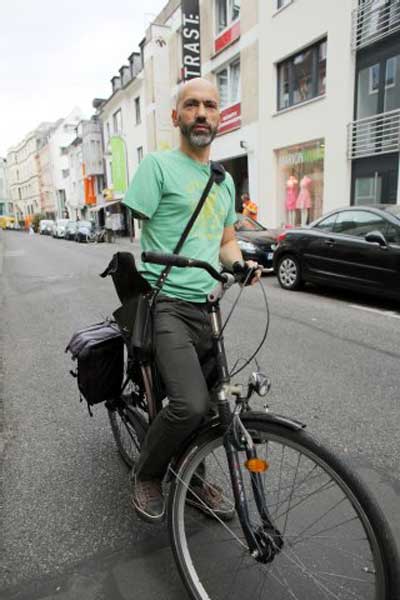 Ionescu said police stopped him on March 25th at around 1.15 pm. "Your bike is unsafe, you have no brake on your right handlebar," the officer told him, according to Ionescu. "I know," he answered, "but I have one on the left and I have a back pedal brake so that I can stop the back wheel.”
Posted by arbroath at 6:03 am
Email ThisBlogThis!Share to TwitterShare to Facebook

I hope that means fixie-bikes are illegal in Germany too. (Alongside the hipsters who ride them in public).

I've ridden in a velodrome on fixed wheel bikes and not having brakes is suitable there (lightweight and the only thing to crash into are other people with no brakes or stationary objects). But on a road you're just a danger to yourself and others.