A teenager has been locked up for a second time after following girls and women in secluded areas before slapping their bottoms. Reece Budgeon, who admitted sexually assaulting six women but showed no remorse, has now been sentenced to 25 months in a young offenders' institution. He pounced on his first victim just a month after being released from custody for doing the same thing to two other women last year.

Locking up the 18-year-old, of Ilkeston, Derbyshire, Judge Jonathan Gosling said: “You were completely indiscriminate in your choice of women, who ranged in age from 15 to 60. Unlike everyone around you, who sees it as disgusting and perverted, you don’t see anything wrong and you have showed no remorse.” Derby Crown Court heard that Reece assaulted his victims in alleyways and other quiet areas in Ilkeston between February 19 and March 24. His victims included two schoolgirls and a mother pushing her child in a pram. 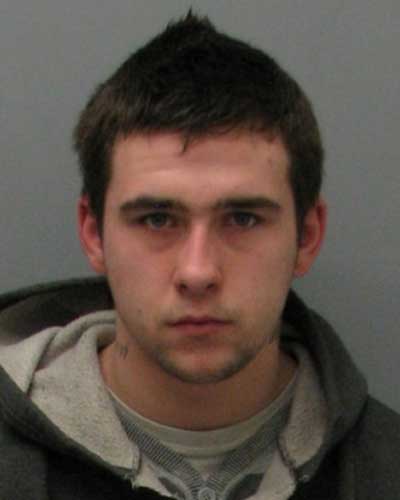 Most of them said they had been aware of him following them before he slapped them hard on the bottom and ran off. One woman who had been walking through an industrial estate to work at the time, told police that after the incident she felt nervous walking alone. The oldest victim, whom he struck in an alleyway, said she initially thought he was going to mug her and that it left her feeling vulnerable and shocked.

Jasmine Kumar, for Budgeon, said: “What we have from him is a lack of acceptance and responsibility and no justification of committing these offences.” She said his attitude to his offending and towards women was immature. Judge Gosling said: “These crimes caused a lot of anxiety and distress to your victims. It’s impossible to understand what is going on in your head – what motivates you to commit these serious crimes. Only a month after your release you went on to follow and assault no less than six women in five weeks at a time where you are being intensively supervised.”
Posted by arbroath at 6:01 am
Email ThisBlogThis!Share to TwitterShare to Facebook