A man who allegedly tore women's teeth out with pliers while having sex with them has lost a bid to keep his name secret. Philip Lyle Hansen, 55, appeared in the Wellington District Court on Friday attempting to continue his name suppression until his trial next April.

He is alleged to have attempted to remove one women's wisdom teeth with a screwdriver, extracted two other woman's teeth with pliers and "wiggled" the teeth of another woman. He is facing 11 charges, including assault and sex charges. Crown lawyer Sally Carter said while there would be a "flurry" of media attention around the case once his name was known, that attention would not be sustained until his trial. 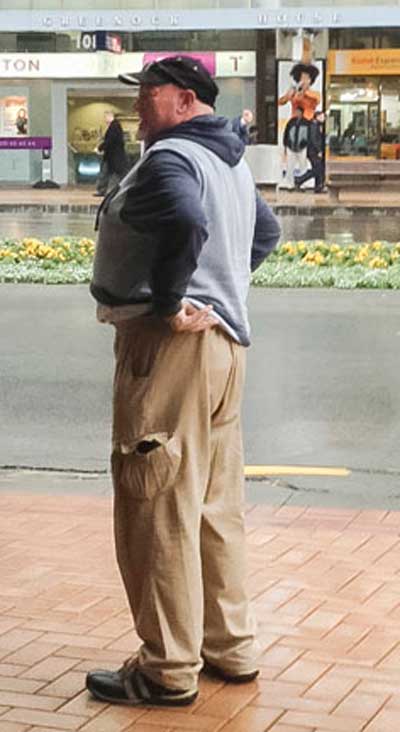 His lawyer Mike Antunovic said Hansen was attempting to start up a contracting house painting business and if his name was publicised it would affect his work and cause extreme hardship. Judge Bill Hastings said hardship followed the arrest of any person. "I accept there has been considerable media interest in this case because of the unique allegations that have been made."

However, he said claiming extreme hardship was a "very high hurdle" and he was not convinced that Hansen would suffer it if his name was published. He declined Mr Antunovic's application for Hansen's interim name suppression to continue. The relationship Hansen had with the women was suppressed. Hansen has denied the charges, including using pliers to pull out a total of 12 teeth from three separate victims.
Posted by arbroath at 6:04 am
Email ThisBlogThis!Share to TwitterShare to Facebook

I can't believe any woman willingly had sex with him.