A surfer from Melbourne, Australia, who tracked down the name of the man who sold his stolen surfboards was standing next to him at a police station when reporting the crime. Earlier this week, Ross Moresi discovered two of his prized surfboards, worth $1,000 each, had been stolen. He sent photos to local surf shops and second-hand dealers in the hope someone had seen them. 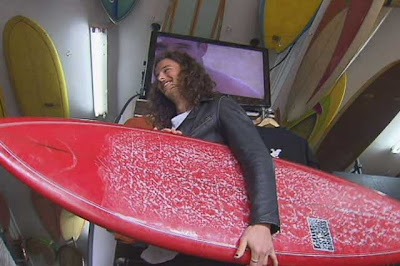 Mr Moresi said before too long he got a call from Zak Surfboards in Thornbury saying they had both the boards, along with video footage and the name of the man who had sold them. Armed with this evidence, Mr Moresi went straight to Prahran police, where he ran into Daniel Burne, the same man who sold the surfboards. "A random bloke walked in checking in for bail, as he gave them his name, I had it on a piece of paper, it triggered my memory," Mr Moresi said. 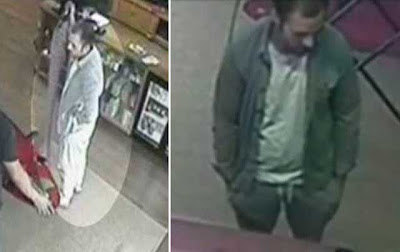 "I looked at him and just said 'it's your unlucky day mate" Mr Moresi said he then alerted the police. "The police couldn't believe what was going on," he said. "It was like a movie. One of the head of police from the site came down; he had tears in his eyes from laughing so hard, saying he could not believe it." Burne was arrested and charged on the spot with handling stolen goods, obtaining property by deception, committing an indictable offence while on bail.

Mr Moresi said Burne was in complete shock. "He couldn't believe his dumb luck," he said. On Thursday, Burne pleaded guilty to all the charges and received 120 hours of community service and was ordered to repay the surf shop. Mr Moresi said it was not the money that sent him on the search for the surfboards, but sentimental reasons. He bought one of the boards on a trip to Bali three years ago. "Surfboards can be quite expensive. It wasn't so much the money issue for me, it was more the sentimental value," he said.
Posted by arbroath at 6:02 am
Email ThisBlogThis!Share to TwitterShare to Facebook