A woman from Oregon City is accused of stealing a boat and leading police officers on a high speed chase in the middle of the Willamette River. Deputies arrested Alicia Johnson, 28, late on Friday night. She's charged with the unauthorized use of a vehicle, unlawful use of a weapon and attempting to elude police. Employees at the Sportcraft Landing in Oregon City say to get into the marina where the boats are moored you need a key. 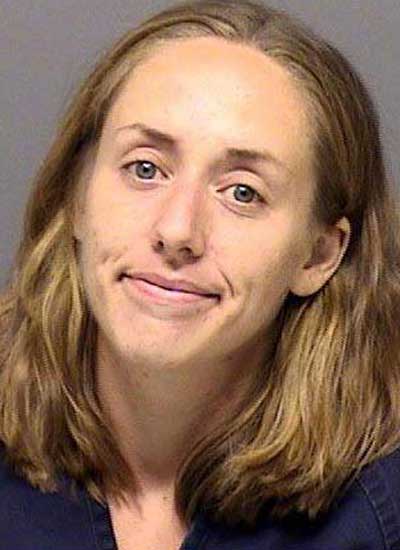 But, witnesses say Johnson was so determined to get to a boat she jumped into the water and climbed onto the docks to begin looking for a boat to steal. Cussing and yelling her way onto the docks, witnesses say Johnson began checking boat by boat to see if there were any keys ripe for the taking. "She was acting all weird, saying there was gonorrhea in the water and everything. Then she started flipping everyone off," said Josh Schatz. "She was definitely on drugs, tweaking hard, saying weird crazy things," said Matthew Schatz. Employees tried to stop the woman, but say that she began threatening them. 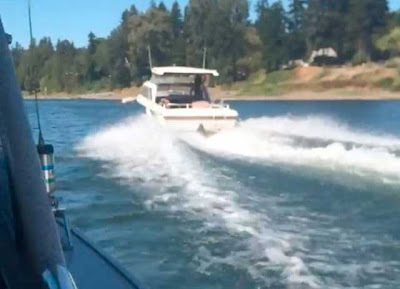 "She was yelling that she would punch us in the face if we got near her. It was really scary," said employee Zak Merwin. At the edge of the dock, witnesses say she found a set of keys that turned on an old boat. Johnson reportedly hopped in and took off. "She started zooming away, but police were about five feet away, just like right behind her, so we knew she was going to get caught," said Josh Schatz. Deputies were hot on her trail from the beginning. Witnesses say Johnson was still yelling while on the boat, at times letting go of the wheel, walking around and paying no attention to what was right in front of her.

"She was going full throttle. I guess she almost hit a paddle boarder," said Merwin. But a quarter mile into her joy ride, Johnson's luck ran out. "The motor overheated. So she jumped out of the boat, and kept swimming," said Josh Schatz. The woman made it to shore where deputies say she made a run for some homes on the hill. But, they were right there waiting for her ready to take her into custody. "It was quite a sight," said Matthew Schatz. "I was thinking keep Portland weird," he laughed. Johnson was taken to the hospital before being booked into jail. Her bail is set at $37,500.
Posted by arbroath at 6:06 am
Email ThisBlogThis!Share to TwitterShare to Facebook