Records said the man tolerated his wife for a period of time as she persistently refused to go to bed with him. However, the woman finally asked him to try to discuss the issue with her parents, who informed the husband that several religious scholars had failed to exorcise the jinn. 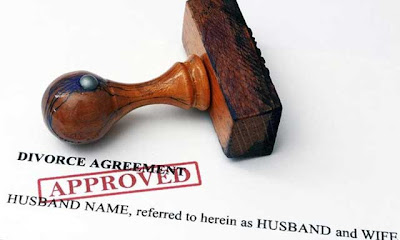 The Dubai Sharia Court awarded the husband the divorce and asked him to pay around Dh40,000 (£6,800, $11,000) in maintenance to his ex-wife. The man's lawyer, Hamda Makki, told the court: "The woman and her family cheated my client. They should have been honest and clear about the fact that the wife was possessed by a jinn.

"He was only told about the jinn after the problem escalated. The woman does not deserve any allowance." The Dubai Appeal Court upheld the divorce. However, it cancelled the primary court's decision pertaining to the alimony. The court decided that the woman does not deserve the alimony since she was not honest about the jinn issue.
Posted by arbroath at 6:02 am
Email ThisBlogThis!Share to TwitterShare to Facebook

Thank f*** I don't live in the medieval middle east.

Seriously. What a grim, grey, colorless, humorless, desperate culture. If in fact you can call it a culture.

Well, I became partially happy that in our country it is possible to file for divorce in Tennessee without a lawyer with no mystical creatures involved.