One of Taiwan's more unusual national treasures is returning home after an exhibition drew thousands of visitors in Japan. 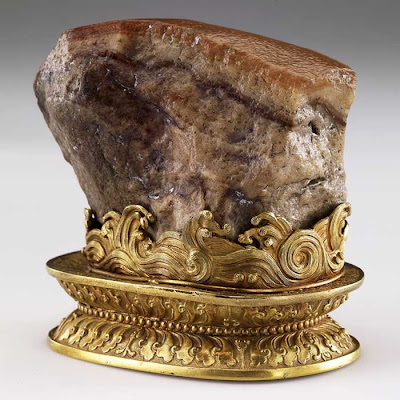 Nearly 84,000 people went to see the famous Meat-shaped Stone, which was on display at Japan's Kyushu National Museum in the southern city of Fukuoka, a daily average of 5,995 visitors.

One of Taiwan's most revered artefacts, the Meat-shaped Stone is a piece of jasper, carved and dyed to resemble a chunk of stewed pork. According to the National Palace Museum, the craftsman "took the rich natural resources of this stone and carved it with great precision... the veining and hair follicles making the piece appear even more realistic." 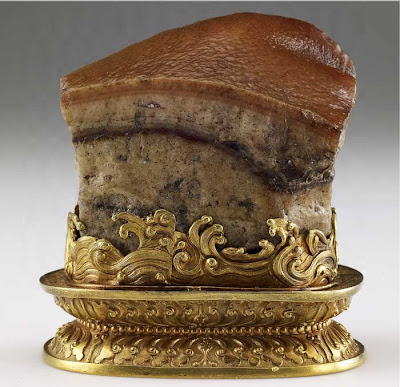 Concerns for the Meat-shaped Stone's safety mean that the Taiwanese museum has kept its travel plans a closely guarded secret. But it's known that it had to undergo a 24-hour period of motionless after it had been packed before it was allowed to travel.
Posted by arbroath at 6:04 am
Email ThisBlogThis!Share to TwitterShare to Facebook

That is disgusting. And a waste of jasper.