A visit to a public toilet in Thane, Maharashtra, India, cost a 10-year-old boy his life at around 8pm on Wednesday, after an explosion took place in the underground septic tank, ripping apart the toilet’s passageway. The mishap, bizarre and ill-fated, occurred due to high-pressure gas collecting in the septic tank, after its vents were blocked by rubbish. 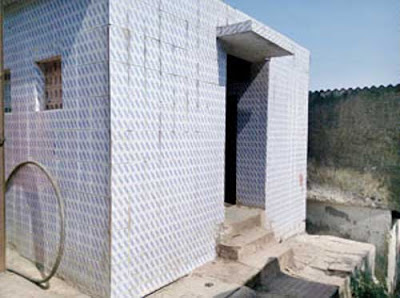 All the boy, Akash Singh, must have wanted was to relieve himself and join his friends playing nearby, but as he waited for his turn in the passageway in Lokmanya Nagar, the lid of the septic tank, placed right in the corridor, blasted off. The heavy metal lid of the tank fell on the child’s head, leading to severe head injuries. He was rushed to Thane Civil Hospital, but was declared dead on arrival. “I last saw him in the evening, while he was playing with his friends.

“Late in the evening, we heard a loud thud from the toilet area. When we reached the spot, the boy was lying in a pool of blood. He sustained severe head injuries, as the tank’s lid had fallen on his head,” said Gopal, a relative of the deceased child, who was a Std V student at Gyanodaya Vidya Mandir School in Savarkar Nagar. Another person present there, Jiledar Singh (55), was in one of the toilet booths, and he sustained minor injuries in the incident. He was discharged after receiving treatment. 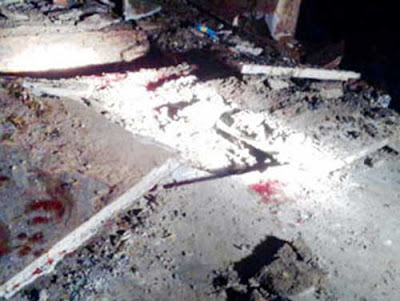 It later emerged that the freak accident was caused by high-pressure gas bottled up inside the septic tank, as the ventilation system had been blocked by garbage and dirt. Santosh Kadam, head of the disaster management cell at Thane Municipal Corporation said, “We received a call at around 8.30pm. After examining the spot, it was found that the ventilation area was covered by rubbish, due to which the gas kept accumulating inside the tank, thereby creating high pressure.” He added that an investigation would be launched to find who was responsible for collecting refuse at the spot, and appropriate action would be taken. Meanwhile, Vartak Nagar police have registered a case of accidental death.
Posted by arbroath at 6:04 am
Email ThisBlogThis!Share to TwitterShare to Facebook