A bra-wearing man with women’s underwear in his pocket was arrested after a report that a person was refusing to let people use an automated teller machine, according to a recently released arrest affidavit.

Police encountered the man at about 11pm on Nov. 3 in Fort Pierce, Florida, after an incident at a BB&T bank. Officials reported a man wearing a jacket and riding a bicycle was standing in front of the ATM and not letting customers use it. Police found the man, identified as 33-year-old Gregory Herndon. 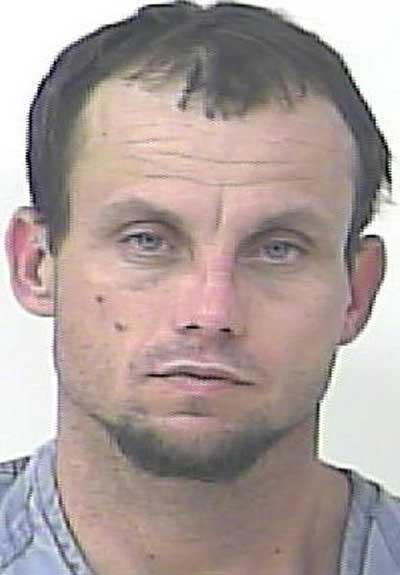 Asked if he could empty his pockets, Herndon said, “I guess so.” He pulled out women’s underwear, a crack pipe, brass wool and two drug needles. He also had a BB&T card and a pill bottle, each belonging to the same woman. Police also discovered Herndon was wearing a brassiere.

Police called the woman who owned the BB&T card and pill bottle. She said she knew Herndon had the items. The affidavit did not state whether she also owned the bra and underwear. Herndon, of Fort Pierce, was arrested on drug equipment possession and/or use and resist officer obstruct without violence charges.
Posted by arbroath at 6:06 am
Email ThisBlogThis!Share to TwitterShare to Facebook