Dog that ate homework on the mend

A high school student from Magnolia in Texas had a good excuse for being late with her Advanced Placement homework. Her dog ate it, literally, and it could have killed him. "He ate pretty much all this," said his teenage owner Reagan Hardin, gesturing to the diorama of a farm from the Middle Ages she made for her AP World History class at Magnolia West HS. 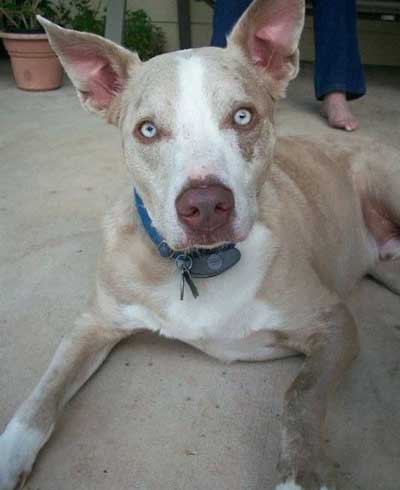 She was showing off her second version of the project. Most of the first version wound up in Roscoe's belly last week and that meant Reagan got to say those famous schoolgirl words. "Miss Page, my dog ate my homework and she thought I was joking!" said Reagan. 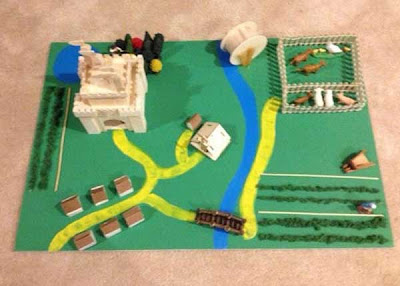 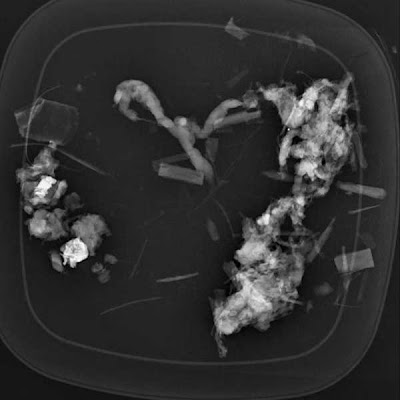 It was no joke: Roscoe ended up as one sick puppy at North Houston Veterinary Specialists. "You might be able to see a beak right there and that's an eye. I think that's our chicken head right there," said Dr. Carl Southern, pointing to x-rays inside Roscoe's belly. There was even some chicken wire in there that could have punctured the pup's belly.

Dr. Southern used an endoscope to pull out the plastic menagerie, two by two. "Half of a horse body, a sheep, a chicken head," said Dr. Southern, listing what he pulled out. "I kept seeing a little pink horse body go by, but it ended up being a pig with a curly tail." Since Roscoe didn't have to go under the knife, he is recovering quickly.
Posted by arbroath at 6:07 am
Email ThisBlogThis!Share to TwitterShare to Facebook