A man from Devon, considered to be Britain’s rudest has been jailed for breaking an anti-social behaviour order by shouting drunken abuse at strangers. George Lancelot, who has 176 convictions for repeated outbursts, suffers from a personality disorder which makes him swear and rant whenever he is out in public and has been drinking. He has spent more than eight of the last ten years in jail for breaking an ASBO which bans him from swearing in public at least a dozen times. His solicitor warned that he risks spending almost all of the rest of his life in jail because his mental condition means he will never be able to comply with the terms of his ASBO.

He had only been out of jail for a few hours when he was arrested again, first for swearing during an argument over his release grant, then for threatening members of the public in a seaside resort. As he was led from the dock in Exeter Crown Court he shouted "I’d get less for burglary. F*ck off." Lancelot clocked up most of his convictions while he was living rough on the streets of Plymouth but carried on his abusive behaviour after being found a home in Torquay. He had been back there for just a few hours after being released from jail when police were called to the Riviera Centre by worried members of the public who said he was swearing and threatening to stab passers-by. Lancelot, aged 61, of Torquay, admitted breaching an ASBO and was jailed or 20 months by Judge Phillip Wassall. 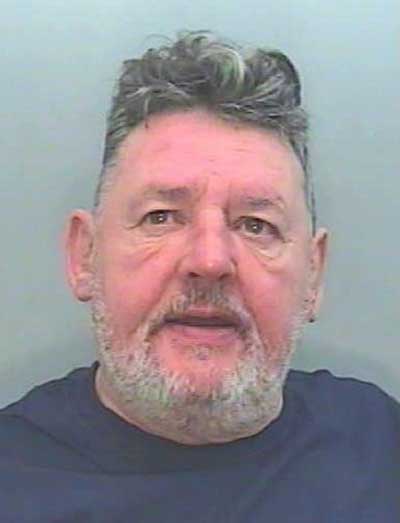 He told him: "I have to treat you as someone whose behaviour completely disregards the ASBO. In 1999 you were diagnosed with a personality disorder and I am told there is unlikely to be any psychiatric disposition which to help you. The only thing the court can do is treat you as somebody who habitually breaks the order. On this occasion you were threatening to stab people, swearing and being aggressive to the public within hours of being released. Until you realise that this cannot go on, you will face longer and longer sentence. Unless you deal with this you could spend the rest of your life in prison.” Scott Horner, for the prosecution, said the ASBO, which has been in force for ten years, forbids him to use offensive or obscene words or gestures such are likely to cause harassment alarm or distress.

He said Lancelot was released from his last eight month sentence in November and within hours appeared before Plymouth Magistrates who released him again. Kevin Hopper, for the defence, said there is a danger of Lancelot spending almost all of the rest of his life in jail for public order offences which normally carry a maximum penalty of just a few months. He said: "It is clear from the probation report that his mental health led to this behaviour and he has a history of such issues. He was released from custody and within hours repeated the behaviour. The reality is that unless there is some intervention, either enforced by the courts or through the mental health services, he will effectively serve a life sentence for public order offences. He cannot comply with the ASBO because he is mentally ill and has a personality disorder. If he goes into custody he will be released and within hours he will be back here with the same outcome. He faces a life term but I don’t know what to suggest.”
Posted by arbroath at 6:00 am
Email ThisBlogThis!Share to TwitterShare to Facebook

Even in his mugshot, he looks like he's swearing.

Sounds like his condition is a weird offshoot of Tourette's. ???