A 45-year-old man from Beaumont, Texas, is dead and his 35-year-old brother is recovering from a stab wound after the two fought over what television programme to watch early on Sunday morning, according to a news release from the Beaumont Police department. The older brother who died has been identified as Lynell Whittington.

Police said they will not release the younger brother's name unless he is charged. Officers were called to a house in north Beaumont at around 12:30am. An elderly man called 911 saying his adult sons were fighting and one was unconscious. As officers responded, a 911 dispatcher got a call from a person at a house who reported that the younger son had run to their house after being stabbed. 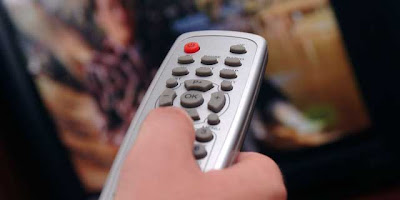 Both brothers were taken to Christus Hospital St. Elizabeth ER. Whittington died at the hospital. The younger brother received stitches for a laceration to his buttocks. Witnesses at the scene told officers that the two brothers began arguing over what television show to watch. During the argument, the younger brother began to change the television channel and Whittington attacked him with a sharp object.

A fight broke out and during the fight, Whittington was rendered unconscious. That is when the younger brother was able to escape and run to the neighbour's house. Detectives are investigating the death as a homicide. They made no arrests at this time pending further investigation and presentation of the final case to the grand jury.
Posted by arbroath at 6:07 am
Email ThisBlogThis!Share to TwitterShare to Facebook

Enquiring minds want to know: What TV shows were at issue?