Hospital staff and police have opted not to pursue charges against a teenager who, they say, masqueraded as a doctor for a month at a West Palm Beach, Florida, facility before being found out. According to police documents, authorities were called to St. Mary’s Medical Center on Tuesday by the staff after a patient reported that “a child was dressed as a doctor.” The patient said the 17-year-old was dressed in a white lab coat with a St. Mary’s logo and the word “anesthesiology” embroidered on the front. The report said the young man, whose name was not released, was wearing a “stethoscope around his neck and a face mask.” 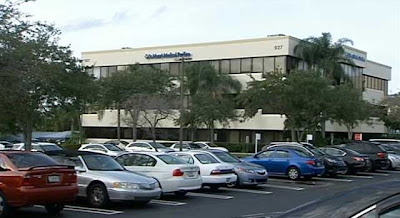 Dr. Sebastian Kent, an ob-gyn, said he encountered the teen as he tended to a patient that the teen had called “his wife.” “He was wearing a lab coat, a white coat very similar to a doctor’s coat,” Kent said. “Initially and certainly looking back retrospectively, I thought you know this person looks so young. … And I just [thought]: ‘Boy, they’re getting out of med school really quickly now.” Kent said that they did not talk medicine and that at no point did he see the teen administer to any patients. An hour later, he said the teen left him a Post-It note asking that the ob-gyn give him a call. 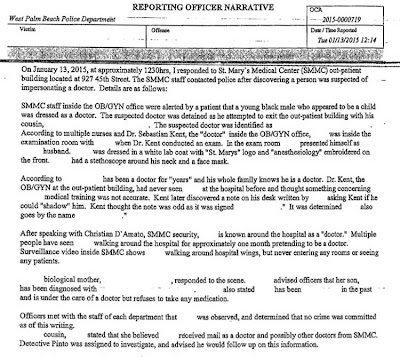 Kent said that when he did reach him over the phone, the teen asked to follow him as an “intern” in the office and hospital. When Kent sought details about the teen’s schooling, he said the teen was ambiguous. “Every minute there was a different school. He was from one place, then he was from someplace else,” Kent said. “The story started to get a little more vague. … He did remind me of the kids that I tutor in high school. Just the kind of language he used. … Just his way of expressing himself.” Kent said he did not call the police but a while after that conversation, he saw the teen outside surrounded by three or four police officers.

The police report said the teen said that he’d been a doctor for “years” and that his family knew about it. In a statement, the hospital said: “On January 13, an individual was detained by security at St. Mary’s Medical Center after falsely presenting himself as a physician. The individual never had contact with any hospital patients and did not gain access to any patient care areas of the hospital at any time. The hospital immediately notified local authorities, who took the individual into custody, and we are cooperating with their ongoing investigation. The safety and security of patients is our highest priority.” The child was released into the custody of his mother, who told police that the child was under the care of a doctor but refused to take medication.
Posted by arbroath at 6:07 am
Email ThisBlogThis!Share to TwitterShare to Facebook

Did he claim to be Doogie Howser? Seems consistent with the claims to have attended a number of different schools are various times.

I can just hear him now saying "Well,I'm not a gynecologist, but i can take a look if you like".