A New Mexico woman got a big surprise this week when she discovered her van had a hidden secret. Melodie Peil bought the 1990 Chevy at an Alamogordo dealership in the early 2000s. Since then, she’s used it to shuttle her four kids and two grandkids all over the state, but that’s not all the eight-seater has been shuttling around. 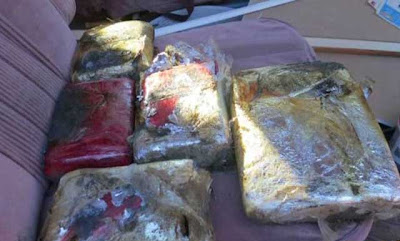 “Lo and behold, we discovered something that didn’t belong there,” said Peil. Tucked away in the passenger side door of the family-friend van was 13.5 pounds of marijuana. “It was pretty shocking,” she said. Peil said she was having a hard time getting the door to lock, so a friend pried open the panel to fix it. That’s when bricks of more-than decade-old marijuana fell out. 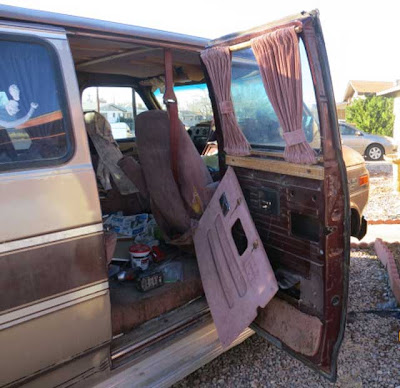 Police say the drugs were likely stashed there by the van’s previous owner, more than 13 years ago. “It was packaged typically how the drug traffickers package marijuana. You know, they wrap it in foil, they wrapped it in saran wrap real tightly,” said Alamogordo Detective Lieutenant Roger Schoolcraft.

Peil didn’t just drive the van to the grocery store and back. It’s gone through at least 10 border patrol checkpoints in New Mexico and it passed every time. Police say it’s likely because the weed was so old and it was packaged so well. Police have now destroyed the pot. As for the previous owner, all the family knows is that he is from Germany.
Posted by arbroath at 6:03 am
Email ThisBlogThis!Share to TwitterShare to Facebook

Why are plants illegal ?