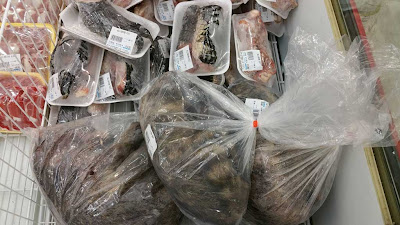 Inspectors from the LA County Health Department visited the Metro Supermarket in Temple City on Tuesday, after being informed that the market was selling raccoons as food. Employees say the raccoons, frozen, and bagged, were selling for $9.99 per pound. The employees say raccoon is considered a delicacy in China. 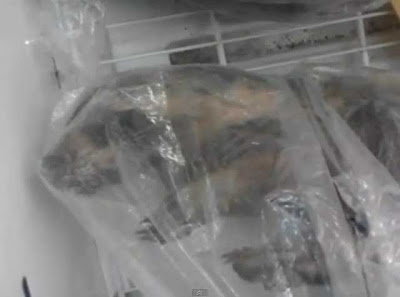 Customer Christina Dow was at the market, and after seeing the frozen raccoons went on to contact the LA County Health Department, who say that selling raccoons as food may indeed be perfectly legal, depending on the origins of the meat. The market has ceased selling raccoons, since the department’s visit, until it and be reviewed and officially approved.

Several local agencies, including the LA County District Attorney’s office, were unable to say whether selling raccoons as food was legal or not. Store employees say they’ve been selling raccoons for years, and never experienced any issues until now.
Posted by arbroath at 6:04 am
Email ThisBlogThis!Share to TwitterShare to Facebook

That's the exchange rate but only if you buy dead coons.

What ISN'T considered a delicacy in China?