Suspected thief found by police hiding in his mother's fridge

Police in Russia tracked down a suspected thief who had hidden in his mother's fridge. Eduard Bulgakov, 31, had been due to appear in court in Yekaterinburg, central Russia, but he did not turn up. 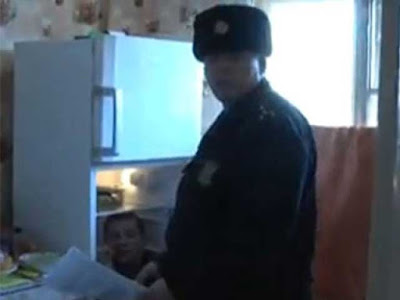 Judges issued an arrest warrant and officers turned up at his flat, only for his mother to claim she didn’t know where he was. Officers decided to wait outside in case he turned up, and after seeing a delivery man turn up with two large pizzas addressed to the woman who was supposedly on her own, they went back for a second look. 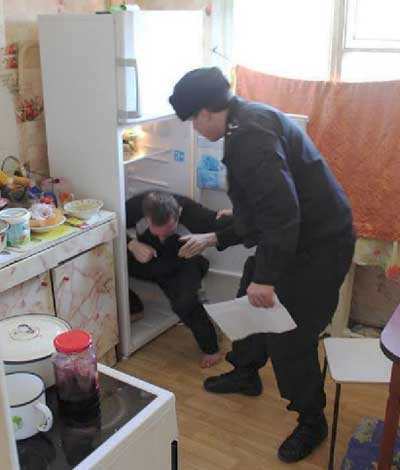 Police spokesman Kuzma Alekseeva said: "When officers and bailiffs went inside they could see that the pizzas had been eaten, and they doubted that the woman had done it on her own. So they searched the property, but could not find any sign of him."

The mother later became uncomfortable when police asked why she wasn’t putting the leftovers in the fridge. They opened the fridge door and found her son inside, shivering from the cold. Suspected thief Bulgakov was allowed to warm up and given a hot drink before being taken into custody.
Posted by arbroath at 6:03 am
Email ThisBlogThis!Share to TwitterShare to Facebook