A five foot long (1.5m) boa constrictor had to be rescued from behind a car dashboard after escaping on its way to the vets. Miguel Reid, who owns the five-year-old, had packed the pet, named Snake, into his rucksack before driving to the surgery in Brislington, Bristol. 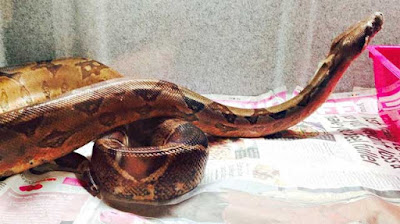 But on his way Mr Reid realised the reptile had slithered out and disappeared behind the steering wheel. He rang the surgery and staff there originally thought he was joking. Vet Vim Kumaratunga rushed out to meet Mr Reid, calling for backup from a fellow vet and a nurse on the way. 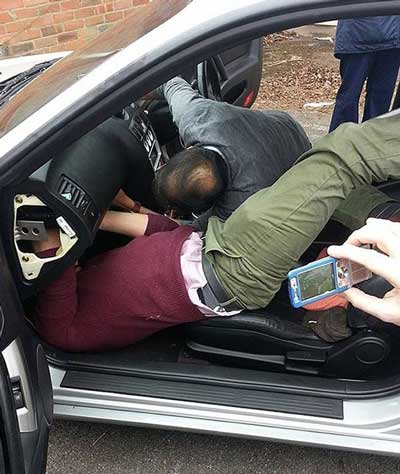 "After finding that the dashboard of the car needed to be taken apart, we enrolled the help of a local mechanic," Mr Kumaratunga said. "Thankfully, he wasn't scared of snakes. After three hours and a fair amount of sedation, we managed to free Snake unharmed. 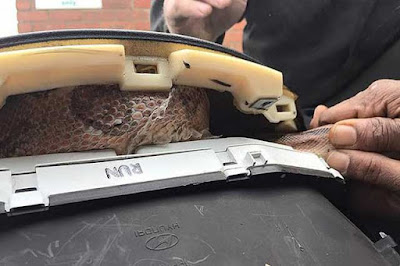 "We do see snakes and unusual pets on a regular basis however that was definitely something I've never experienced before." He added 'Snake' is due to be reunited with Mr Reid later and will be returning home "preferably in something sturdier than the last rucksack".
Posted by arbroath at 6:01 am
Email ThisBlogThis!Share to TwitterShare to Facebook