When Fiona Markham-Moeller responded to her nine-year-old son Jackson's cries at their home in Riverstone, northwest Sydney, Australia, she discovered he had three fingers stuck in the cast iron bathtub plug-hole. 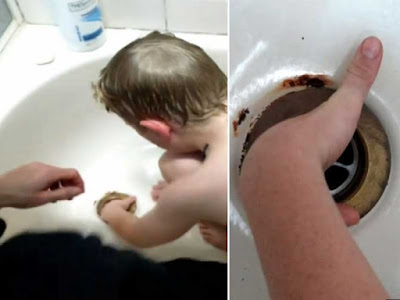 What followed was a five-hour rescue operation, involving 14 firefighters, an ambulance crew and a power saw used to cut a section out of the bottom of the bath. 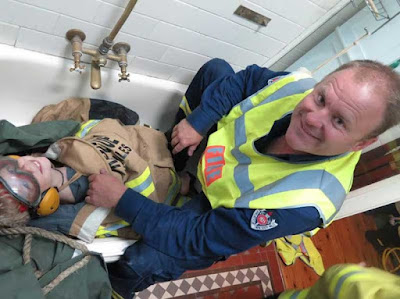 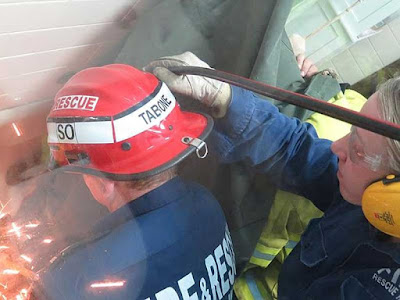 "I was just scared that I could be stuck in there for too long and my fingers could fall off," Jackson later said. 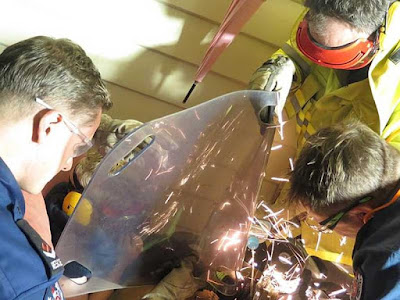 Eventually Jackson finally managed to free his hand and escape with just a small abrasion on one finger.

With video of the rescue operation.
Posted by arbroath at 6:03 am
Email ThisBlogThis!Share to TwitterShare to Facebook