Dog lay down alongside suspected drug dealers being searched by police

During a joint operation on Thursday by the civil police and military in Florianópolis, Brazil, a dog lay down next to suspected drug dealers and "imitated" the men who were being searched. 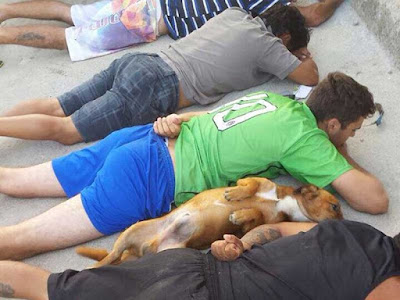 According to officers, when the suspects lay down to be searched, the dog voluntarily joined the detainees.

The operation resulted in the arrest of two people, including a man quoted by police as a leader of a criminal gang that operates both within and outside the prisons of Santa Catarina. 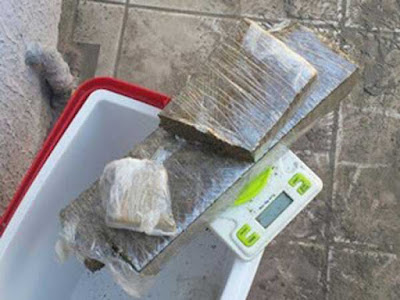 He had been on the run for almost two years, according to the Military Police. According to officers about 1.5 pounds of marijuana, and a precision scale, cocaine, a restricted-calibre pistol and ammunition were seized
Posted by arbroath at 6:05 am
Email ThisBlogThis!Share to TwitterShare to Facebook

This is one of my favorite stories I've ever read on this site, it really has it all!

I agree Megan, with one caveat. It didn't happen in Florida.

What's going to happen to the dog?