Steven Shuler, 44, from Monrovia, Indiana, tried to hide from police but ended up getting stuck between the walls of his home. On Monday, officers with the Morgan County Sheriff’s Office went to Shuler’s home to serve him an arrest warrant. When officers pulled up, they saw a woman coming out of the home. 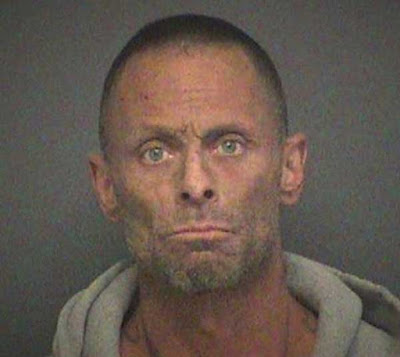 “They didn’t make entry to the house. They met his ex-wife as she was coming out of the residence and we were advised he wasn’t at the place,” said Captain Brent Worth with the Morgan County Sheriff’s Office. Officers say Shuler’s ex-wife didn’t live at the home; she had just stopped by to pick up some of her belongings. 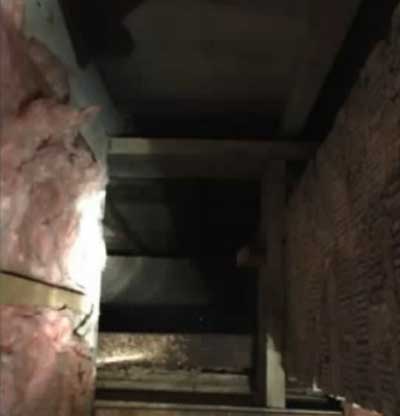 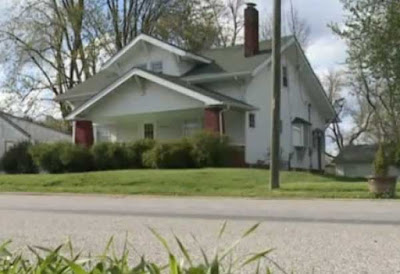 When officers drove by the home the next day, they again saw Shuler’s ex-wife. Officers say she stopped them. “She’s like, ‘He’s not going to be happy, but he’s trapped in the wall and we need your help,’” said Worth. Officers had to call the Monroe Township Fire Department for help. Firefighters say somehow Shuler managed to squeeze his way through a 16-inch spot and then made it all the way down a 6-8 foot drop.

He was trapped in the spot for more than 24 hours. Despite their efforts, officers couldn’t reach Shuler. Firefighters had to use a chainsaw to cut part of the ceiling in order to rescue him. He was taken away in handcuffs minutes later. Police had arrest warrants for Shuler on intimidation and domestic battery charges. He wasn’t hurt during the encounter is currently being held at the county jail.

With additional news video.
Posted by arbroath at 6:04 am
Email ThisBlogThis!Share to TwitterShare to Facebook